Interested in testing your Mandarin language skills? If so, there is one exam you cannot afford to miss. That’s the HSK test, the most popular Chinese proficiency test.

Chinese has become more popular in the past decade. Learning Mandarin has many benefits, like careers, hobbies, and education in China. You will also gain insight into China’s rich culture, history, and tradition.

If you are a Chinese learner, you may want to know your current language ability.

HSK is known to almost everyone who has taken a Chinese course. But what is HSK exactly? Why do you need to take it, and is it worth it?

Let’s find out everything from test centers and fees to dates and test structure to question format and marking system.

HSK measures the language ability of non-native speakers. It is open to foreigners, overseas Chinese, and ethnic minorities within China.

Who conducts the exam?

The Center for Language Education and Cooperation (CLEC) administers the HSK test globally. The Ministry of Education (MOE) of China oversees its operations.

CLEC is a non-profit educational and cultural organization that promotes Chinese language study. It also conducts standard tests like CTCSOL and HSK.

They run over 500 Confucius Institutes in over a dozen countries. It also offers flagship programs like Chinese Bridge, teacher training, and many scholarships.

They promote studying in China and student exchange programs.

Hanban was the last name. But in July 2020, it changed its name to CLEC because of controversy over how it functions.

HSK was founded in 1984. They conducted the first HSK exam outside of China in 1991.

Over the years, it has become the most prestigious test of the Mandarin language for non-native Chinese speakers.

HSK test is by far the most popular language test for Chinese today. And that is why all government bodies, businesses, and public and private educational institutions accept and trust HSK certification.

Should you take the HSK Test?

The HSK offers several benefits. The aim of this exam is to certify the skills of non-natives.

You can use HSK in many ways. This includes, but is not limited to, a relaxed stay in China, jobs requiring Chinese, study abroad in China, academic pursuit, boosting confidence, etc.

Those who do not speak Chinese as their first language but would like to work or study in China will find it helpful. As an ESL teacher in China, it can be helpful.

You may not be able to impress potential employers with your Chinese knowledge alone.

In most cases, companies demand documentary evidence before an interview. In that case, HSK credentials could increase your chances of getting shortlisted.

As a result, this increases your chances of getting scholarship chances, visas, and permanent residency in China.

It also confirms your understanding and motivates you to do better. You become more confident.

Who can take the HSK test?

There are no special requirements or guidelines.

Foreigners who don’t speak Mandarin as a first language can take the HSK test to find their current ability. It is also open to the Chinese diaspora and ethnic minorities in China.

There is no age restriction. There are no minimum and maximum ages.

The types of HSK examinations

There are 5 main variants of the HSK. The most popular and common one is the standard HSK.

There are three levels of HSKK: Primary, Intermediate, and Advanced. In all three sublevels, there are three sections, i.e., listen and repeat, picture description, and answer the question.

They conduct the HSKK test by recording audio. The HSKK evaluates your pronunciation, tonal ability, flow. And your overall Mandarin fluency.

The advanced level corresponds to level C of the Common European Framework of Reference for Languages (CEFR).

The maximum score is 100, and the minimum score is 60 to pass the test. Results are valid for two years following the announcement of results.

Because this is only an oral exam, you can combine it with other Chinese ability tests. They record the candidate’s speech during the interaction.

Students whose mother tongue is not Chinese can take the new Youth Chinese Test.

Through YCT, test takers show their ability to express themselves in day-to-day activities. Plus also for educational pursuits and professional experiences.

There are two independent tests — an oral exam and a written test.

There are four levels (I, II, III, and IV) for the written. For speaking, there are two (elementary and intermediate).

Within three weeks of passing the test, you will receive the results.

Business Chinese Test has two independent tests — (listening & reading) and (speaking & writing). It is possible to take either or both tests at the same time.

The specific skill scores (listening, speaking, reading, and writing) range from 0 to 500, and each level is 100.

Recently, they introduced two forms of tests: paper-based and computer-based.

There are two levels of written exams: BCT (A) and BCT (B). The score is valid for 2 years, with no minimum or maximum age requirements.

Take the Medical Chinese Test. They will conduct the 2022 exams in May and November.

The MCT program is for foreigners who wish to study medicine or nonmedical fields in China, including clinical diagnosis.

They measure the candidate’s ability to communicate Mandarin effectively in their field. For example, patients, doctors, nurses, medical personnel, and hospital staff.

There are three parts of MCT: reading, listening, and writing. Your score indicates your ability to communicate in the language.

You also need to learn hundreds of words, phrases, and sentences related to medicine and pharmaceuticals.

All about Standard HSK

Here is everything related to the standard HSK (Hanyu Shuiping Kaoshi).

What are the HSK levels?

HSK 1 and 2 include both writing and reading skills. HSK 4, 5, and 6 have writing, reading, and listening.

HSK is undergoing the most significant reform in its history. A nine-level structure replaces the current six-level system. So, it forms the “Three Stages and Nine Levels” test grading system.

They added levels 6-9 to make it on par with the CEFR scale. HSK levels 6 to 9 would be close to advanced C1 and near-native C2. The new format will look more or less like the one below.

The beginners have 3 levels: beginners, elementary, and pre-intermediate. HSK 3 will be identical to A2. Likewise, HSK 6 and 9 will look similar to B2 and C2.

There would be one notable difference in the number of words. For example, the highest level will cover over 10,000 vocabularies instead of 5,000. This is necessary to bring it up to level C2 near-native of CERF.

The new HSK 3.0 is more complex than the current HSK 2.0. For example, learners need to study more vocabulary, grammar rules, and characters.

Most of the questions are MCQs (Multiple-Choice Questions or True/False). But there are also subjective questions at the higher levels.

Let’s find out the exact outline of each level, how many words it requires, and the test duration.

How does the HSK test work?

You can either take the exam on a computer or in written format.

Here are some valuable pointers about the test before choosing a computer vs. written exams.

I suggest the computer test. Most learners and foreigners may find it challenging to write every character by hand.

You can easily score in the HSK test by typing the Pinyin on the keyboard and automating the characters.

There is a maximum mark of 100 for each of the three sections, namely writing, reading, and listening.

For the first two levels, they provide all the characters and Pinyin. In contrast, they do not offer Pinyin for the remaining levels, and everything is in Chinese characters.

What is the HSK score validity?

HSK test scores expire after 2 years from the test result date. Once the validity is over, you need to retake it to be officially counted.

If your goal is to enroll in a university in mainland China. In that situation, your scores are valid for only two years from the test date.

How to register for HSK?

Each exam will have a different final date. So be sure to check the deadline before submitting your application.

The official website allows you to register directly. You can also create a new account if you don’t already have one.

Afterward, you can choose the level, dates, test center and pick between paper-based and online testing.

Next, upload your photo, enter your identification number (passport, driving license, etc.). Finally, submit the application form along with the payment.

You can also contact the nearest HSK test center, and they will assist you with the registration process.

Chinese Testing International (CTI) is a government-funded organization that manages the Chinese test. They do either independently or in collaboration with educational institutions worldwide.

CTI maintains 1,208 HSK testing centers in 155 nations as of January 2022. It supports over 30 million Chinese students across the globe.

Taiwan (the Republic of China) does not administer the test. Instead, Taiwan has its own separate Chinese exam, i.e., the TOCFL. And this is not available in mainland China, Hong Kong, or Macau.

They publish the test dates once a year, and usually, they conduct them 14 times a year across the world. So you have plenty of dates to select from.

The registration period often lasts four weeks before the exam. But for internet-based exams, the deadline is ten days before their respective test.

The test fee varies depending on where you take the test.

Its cost is like other popular language tests, such as DELE, CILS, DELF, CILS, SIELE, CIPLE, and Goethe-Zertifikat. But higher than exams like JLPT and TOPIK.

How to prepare for HSK?

Chinese is one of the most challenging languages. But there are ways to simplify it.

In the era of easy internet access, you can find many online learning resources. For example, books, apps, audio and video lessons, LMS programs.

These can be a starting point but not an end. Most online study materials are geared towards beginners rather than higher levels (3 to 6).

Finding an experienced teacher or enrolling at a Chinese institute will prove more beneficial. But the great news is there is no shortage of language centers in major cities.

As language and culture intertwine, you can also learn about China’s history and cultural aspects.

To help you prepare better and make sure you ace the exam, you can also find the sample papers and previous year’s questions on the websites.

Should you take the Chinese HSK Test?

You might want to know how much you studied and your exact level. It is reasonable to expect a minimum score for a visa application in China.

HSK certificate can help you show potential employers how good you are at Mandarin. Plus, you might want to improve your Chinese proficiency for career advancement.

The HSK test is an excellent way to set yourself apart from your competitors regardless of your motives.

The HSK test certificate can add significant value to your resume. Plus, it can help you with enormous success in your personal, academic, and professional dreams! 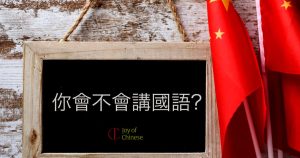 How many languages are spoken in China? 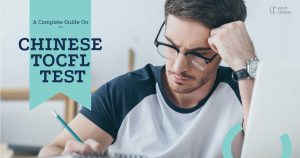 All About Chinese TOCFL 2022 Test 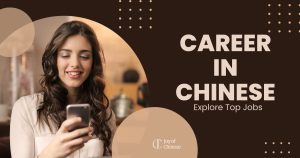 How many languages are spoken in China?

A Guide to Teaching English in China

All About Chinese HSK Test 2022